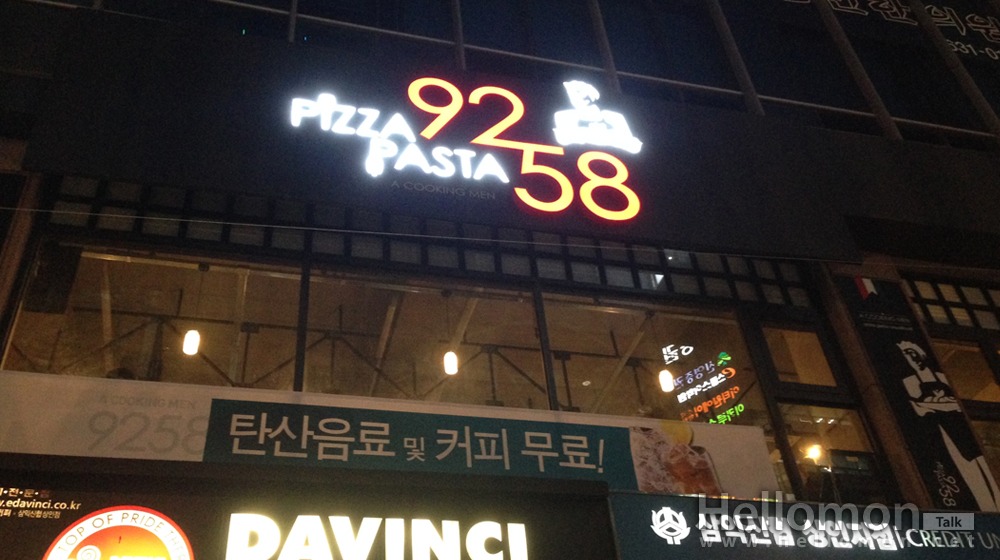 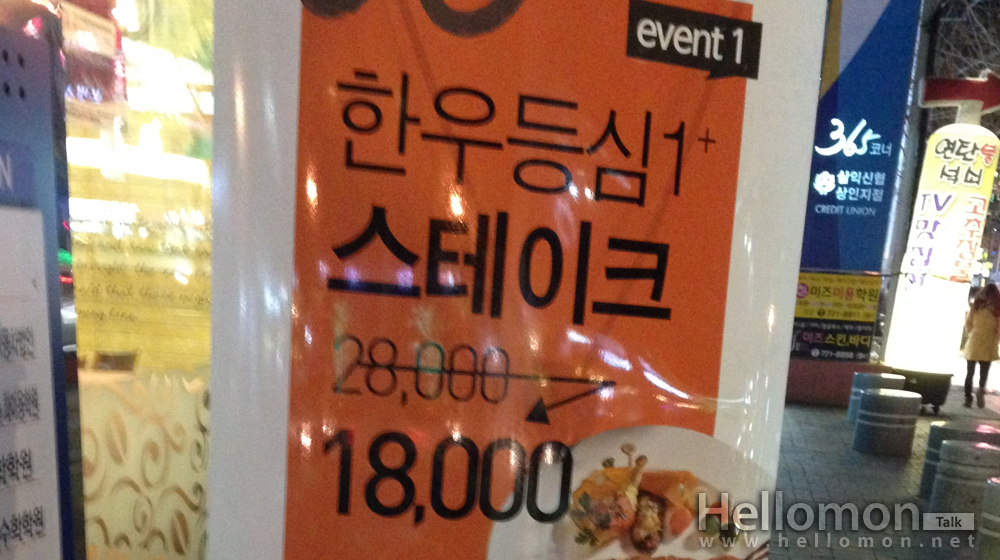 A new Italian restaurant called 9258 opened at the place where the black smith Sangin branch was previously located. While I was walking on the opposite side of Sangin Homeplus, I found the sign saying that the restaurant is holding a discount event. The sign made me decide to eat dinner at the restaurant. 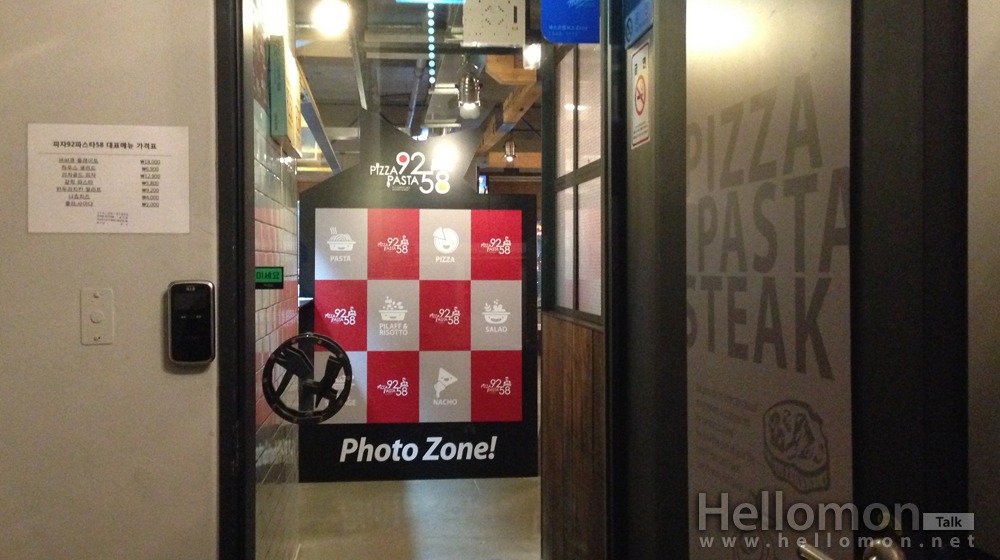 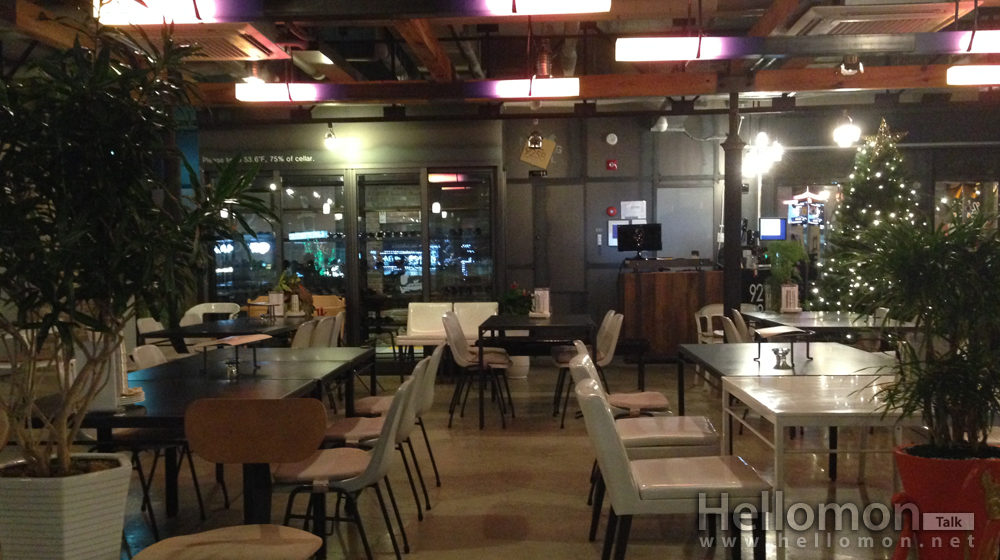 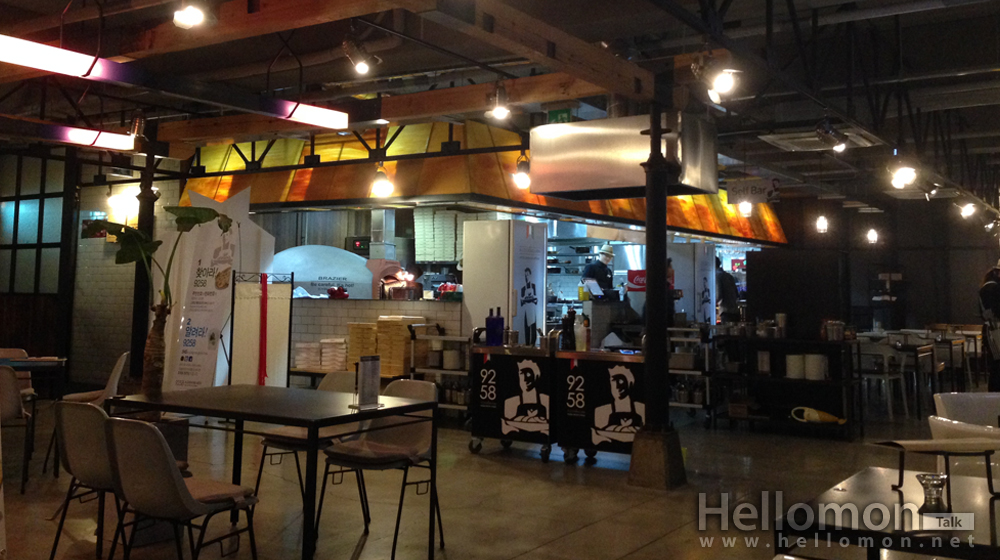 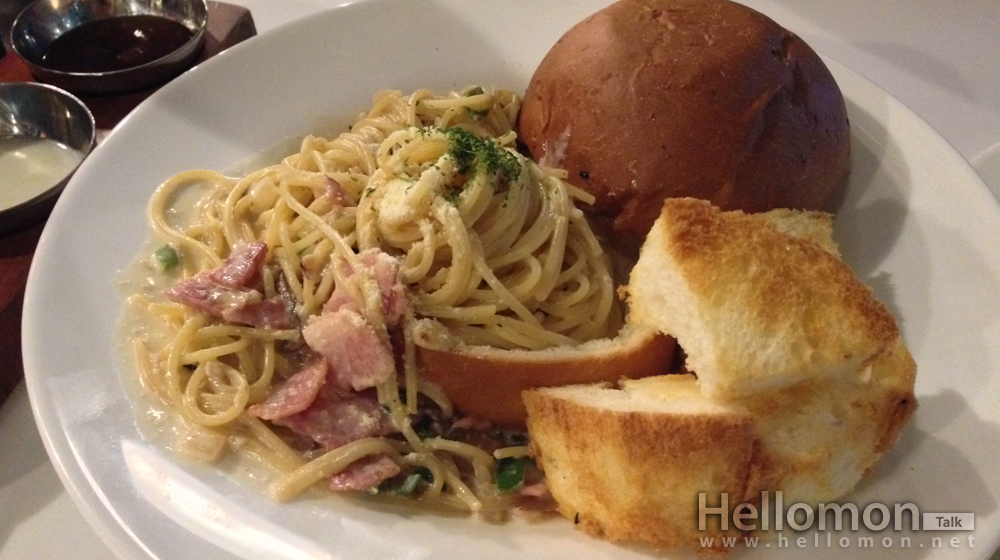 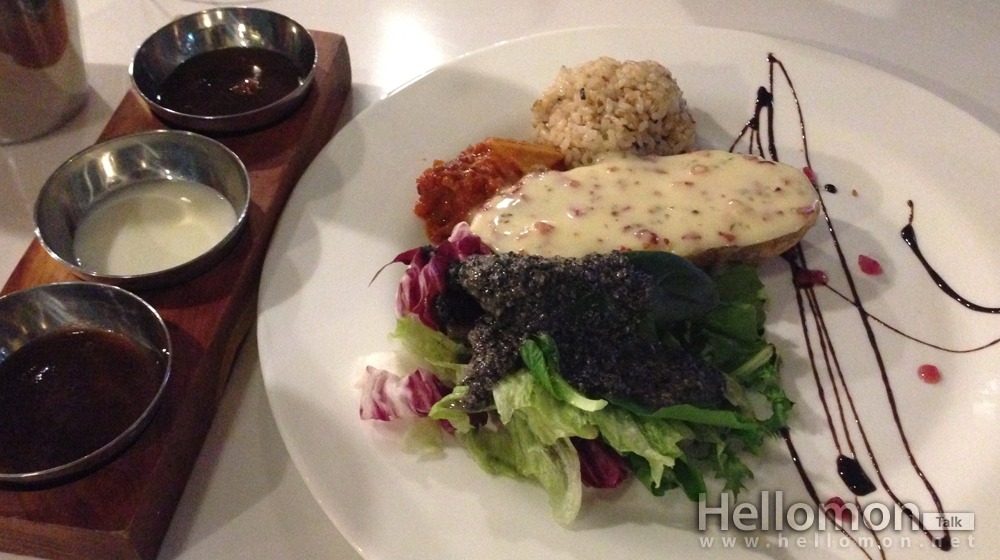 I chose a table by the window and ordered 1+ Hanu (Korean native beef) steak (which only costs 18,000w during the event period-until the end of December 2013) and Cream Pane (9,500w). The steak originally costs 28,000w. During the event period, coke or sprite is provided for free. 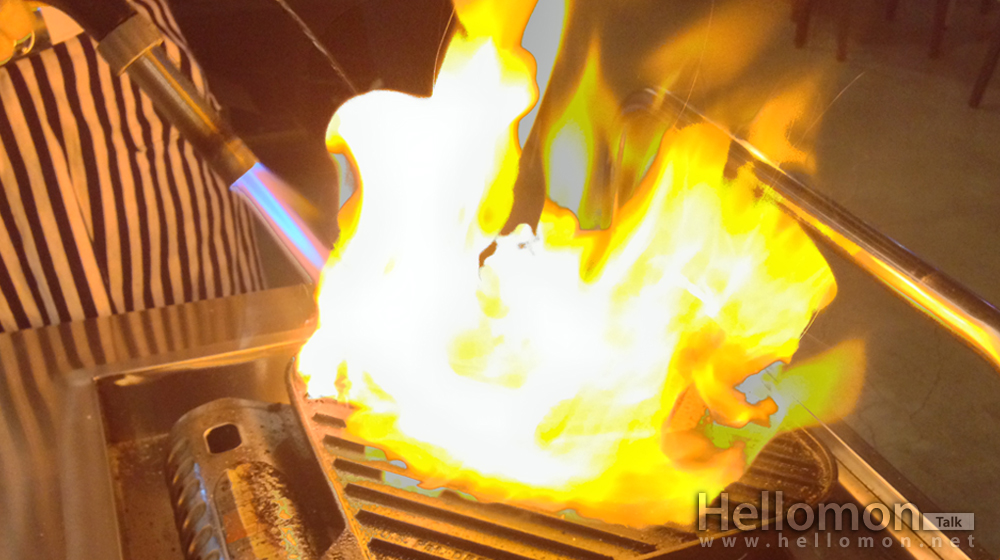 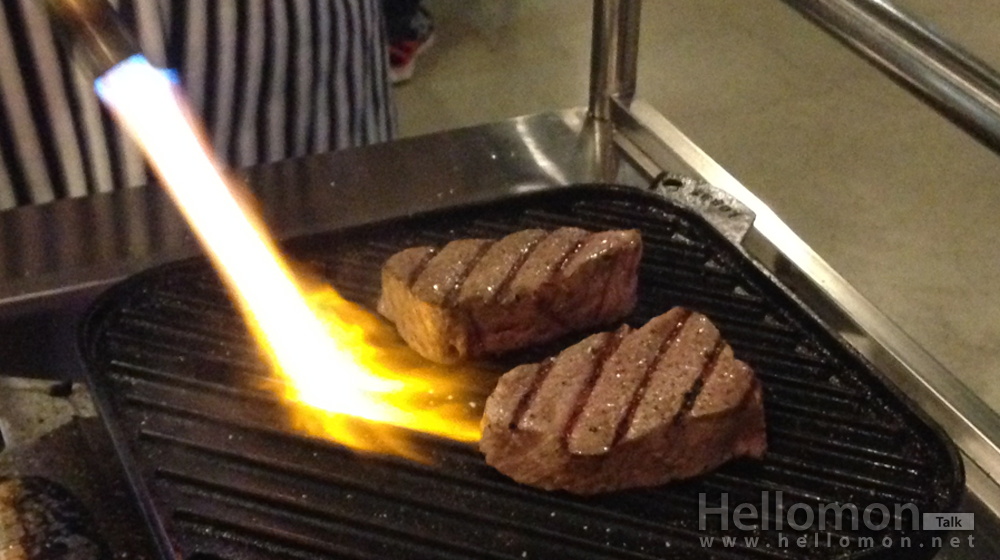 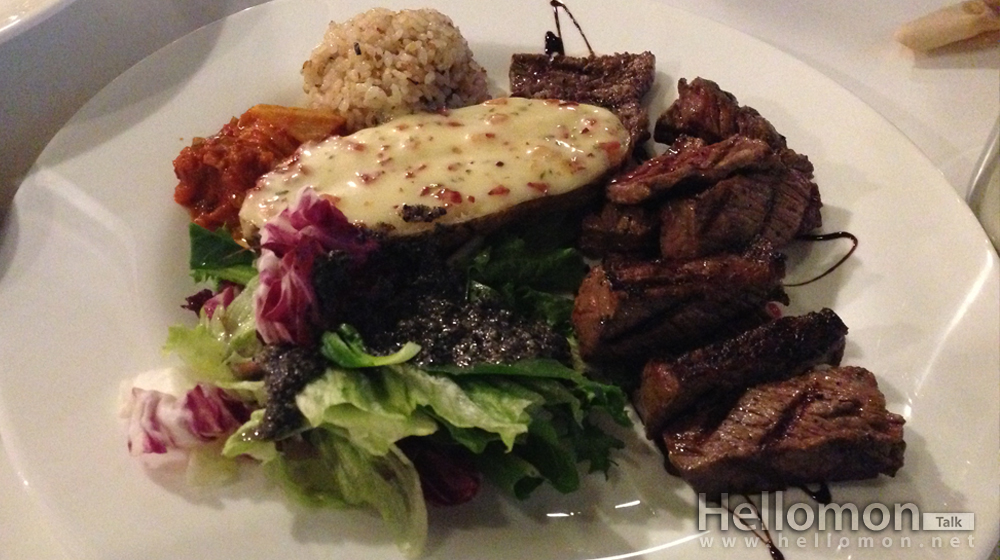 After a while, Pane was served with a salad plate. And then the chef came out and showed me the beef and cooked it in front of me with a torch. When I was trying to take a picture, the chef said that he is going to show me a fire show and take a picture of it. After he’s done cooking, he placed the cooked steak on the salad plate. The steak tasted great.

I had a really nice dinner with reasonable price and I would love to visit again. If you live near Sangin station, try to visit the restaurant before the event ends.