A monorail comes into the station softly as if it were just sliding in. The monorail starts to run over the city at the sunset and is decorated with a Robocar Poli characters. The train runs its way into Daegu at an average height of 15 meters. Sky Rail celebrated its first anniversary on April 23, 2016. It has already become one of the most favorite things Daegu can offer its visitors. It serve 30 stations from KNU Medical Center in Buk-gu to Yongji Station in Beommul-dong, Suseong-gu. 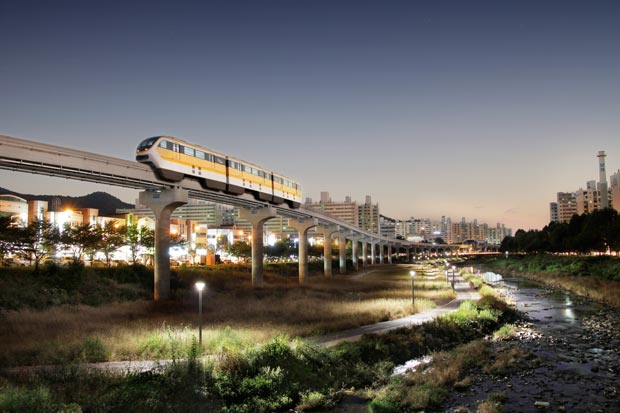 With the launch of the monorail, people can travel between Chilgok and Beommul 24 minutes faster than if they went by car. The whole distance run by Sky Rail just in 48 minutes as compared to 70 minutes by car. Also, with the launch of Line 3, the volume of goods transported via the urban railway system will be significantly increased. Passengers can transfer to Line 1 at Myeongdeok Station and Line 2 at Sinnam Station. Thus Line 3 has secured connectivity to the other major rail in the city. The rapid expansion of public transportation infrastructure in the city is expected to significantly improve the quality of life in Daegu and generate numerous direct and indirect benefits, such as balanced urban development and the invigoration of commercial areas. Sky Rail is 23.95 kilometers long. It is the longest monorail line in the world. 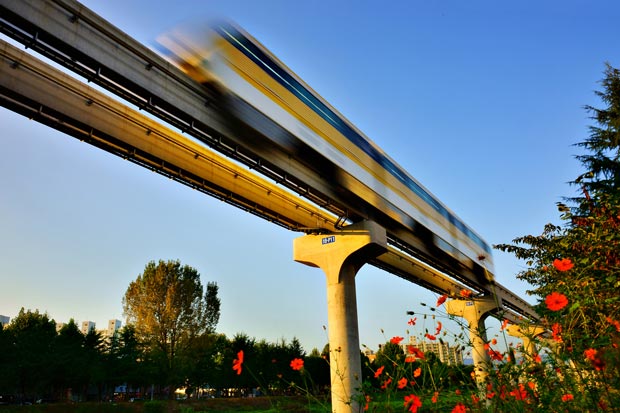 Equipped with various cutting-edge technologies, Sky Rail enables its passengers to relax and enjoy outside views. 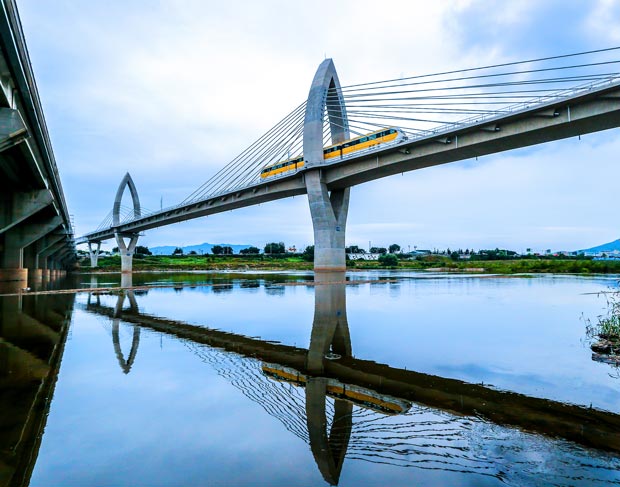 The views of Daegu from the 15-meter height are just fantastic. Most notably, robo-printed paintings on apartment building walls are incredibly impressive. Robo printing technology incorporates arts into things we see on a daily basis. Currently, such artworks are visible on the walls of Yongji apartment buildings in Jisan-dong and Ubang Gungjeon mansion apartment buildings in Beomeo-dong. The latter, in particular, feature the portraits of the modern literary greats from the Daegu-Gyeongbuk region, including Seo Sang-don and Lee Sang-hwa. Seeing the portraits from trains, passenger must be strongly encouraged to join a Daegu modern alley tour to find out more about figures. 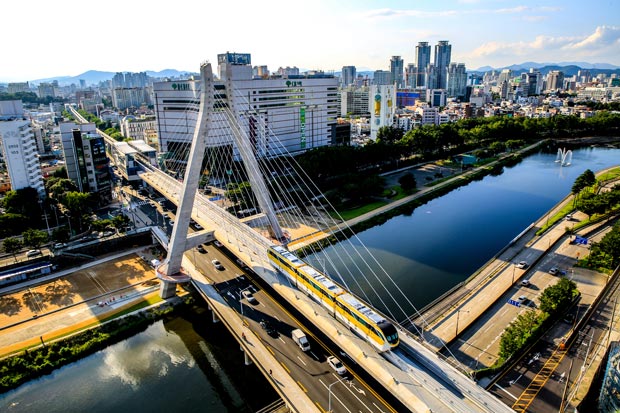 You can see the entire Suseong Lake in Sky Rail. The stream below Daebonggyo Bridge looks so relaxing. You may see some of people gathering along the stream, getting involved in various types of sports. Sky Rail keeps running along the long riverwalk of the Sincheon Stream and a series of apartment complexes. Twilight is playing with the water of the stream. Passing Paldalgyo Bridge, you can see the bridge columns being reflected on the water. It is an absolute beauty. A professional photographer saying, “The most stunning views are always night views” Numerous buildings start to light up. Vehicles turn on headlights. The scene has charms to make something emotional for us. 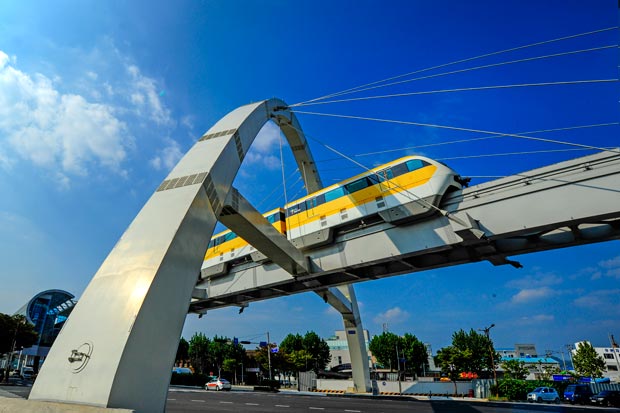 Since Line 3 went operational in 2015, the Seomun Market Station has boasted the largest ridership, with Seomun Market emerging as the hottest place along the metro line. Seomun Market opened its doors in the middle of the Joseon Dynasty (1392 – 1910). It was one of the three largest markets in the Korean Peninsula during the dynasty together with Pyeongyang Market and Ganggyeong Market. Seomun Market has a far longer history than Dongdaemun Market in Seoul, for instance. Currently, the major items traded in the market are various kinds of textiles including silks and linen and cotton. Foods also attract huge crowds to the market. Seomun Market launches Night Market in June 2016, which will make Seomun Market an even stronger attraction along Line 3. The monorail has changed the nightlife of Daegu as well.

The spirit, Grace and Delight of Andong, the New Provincial Capital of Gyeongbuk Kim Gwang-seok Road, “This place is worthwhile visting”
목록