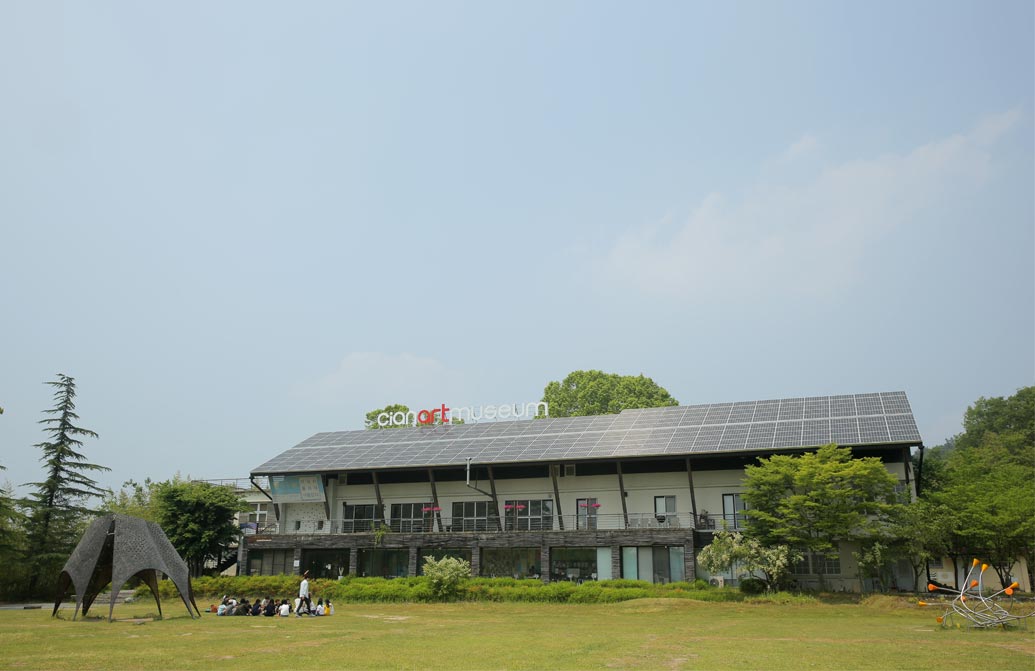 ‘Cyan’ refers to a greenish blue color.
Let me introduce you to an art museum located near the Gyeongsan Knowledge Industry District, including the development background and the current exhibits.
Just off the district is an art museum where time seems to have stopped ticking. Mysterious scent seems to be emanating from the place.
The place is called the Cyan Art Museum.

Classified by the government as a class-A art museum, the Cyan Art Museum sits on a vast land area of over 23,100 square meters. The museum building is the result of a meticulous renovation of an old school building. Lots of efforts were made to maintain the nostalgia of an old Korean school building inside the cutting-edge modern structure modeled after a classy European style building. 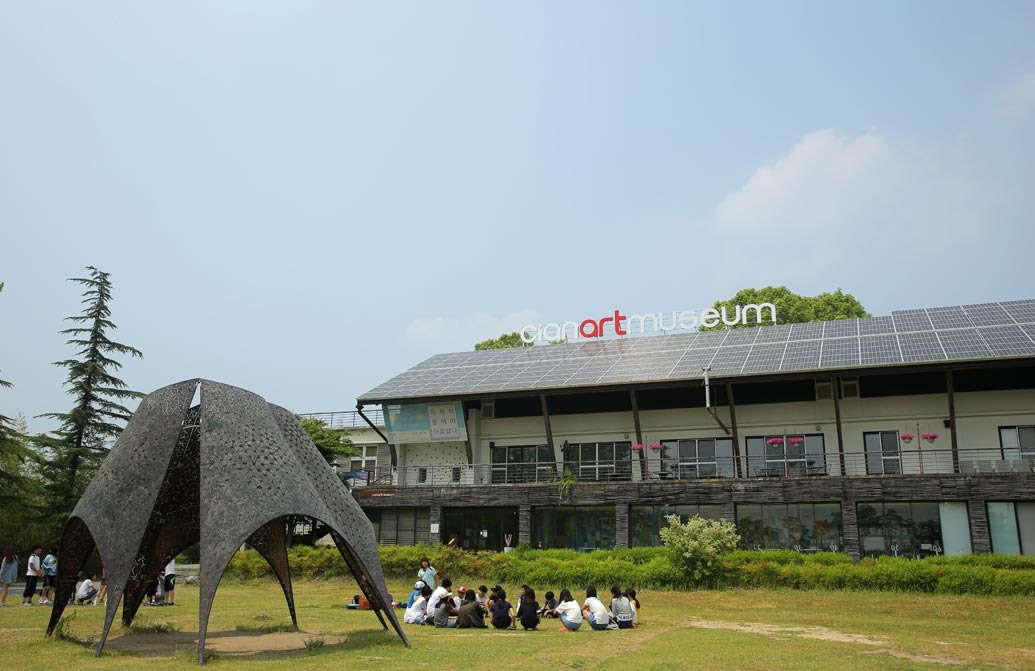 The majority of the land (19,800 square meters) is assigned to an outdoor sculpture park sitting on well-manicured lawn. 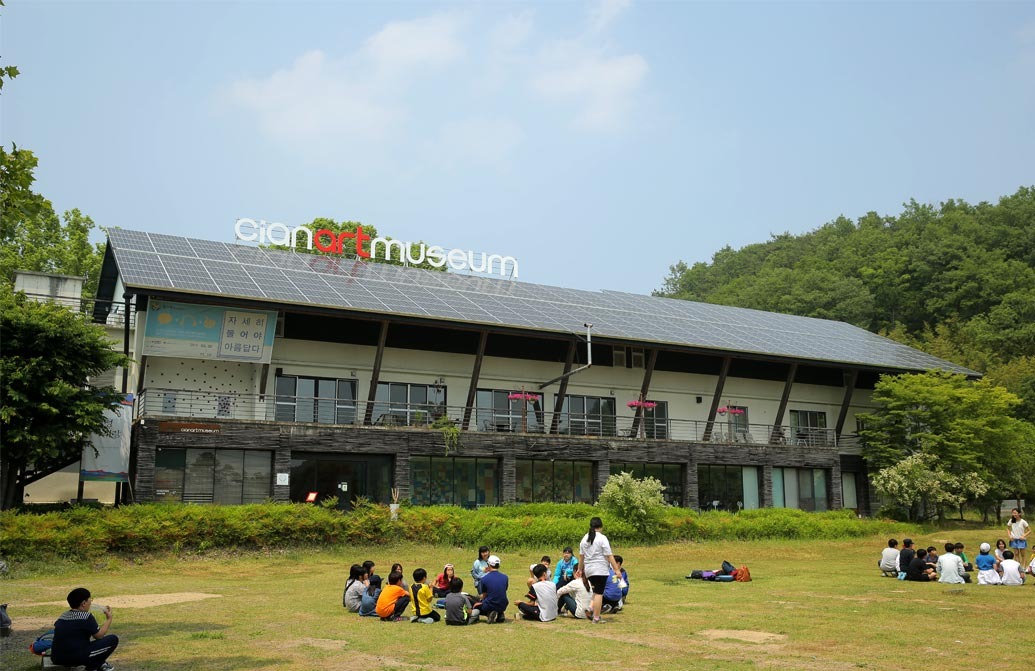 The Cyan Art Museum has preserved the natural beauty of its surroundings with expectations that it will serve the local community as not only a museum but also a park where residents come and find peace at any time they want. It is visited by a large number of people. Besides its original functions of research, collection and display of arts, the museum specializes in the arts education of the local population with the purpose of providing them the same quality of cultural services that those living in the Seoul metropolitan area. It has made diverse efforts in this regard. 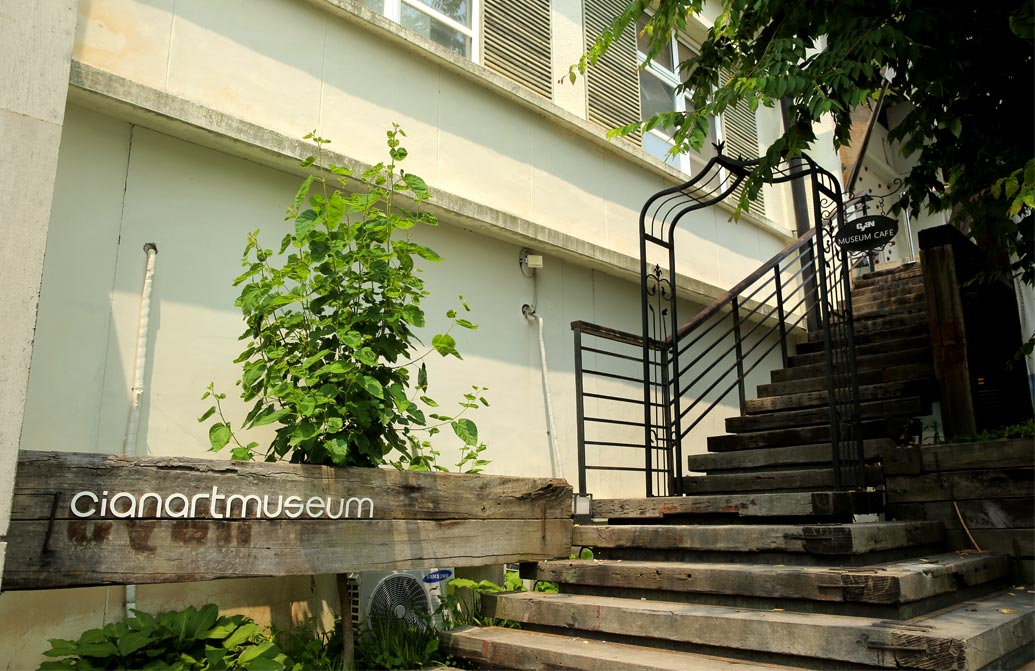 In 2007, the museum was designated by the Ministry of Culture, Sports and Tourism as a local culture and arts education support center. Earlier in 2005, the museum was selected by Korea Travel Writer Association as ‘the most beautiful art museum built in a shut down school’ in Korea. These days TV dramas and music album covers are filmed here. It has emerged as a significant venue for both cultural tourism and culture & arts education. 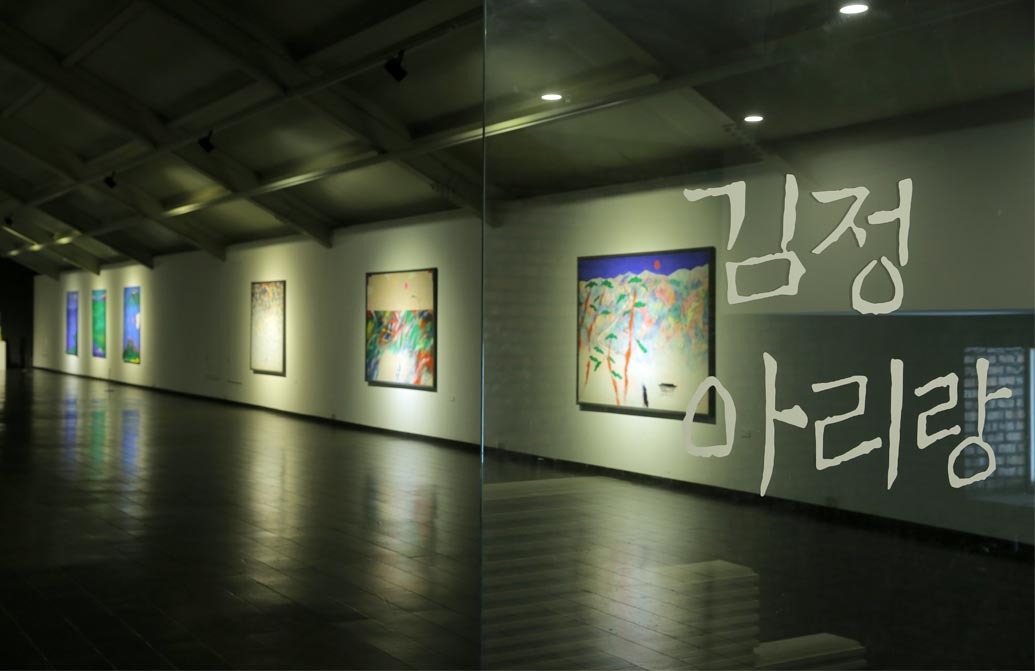 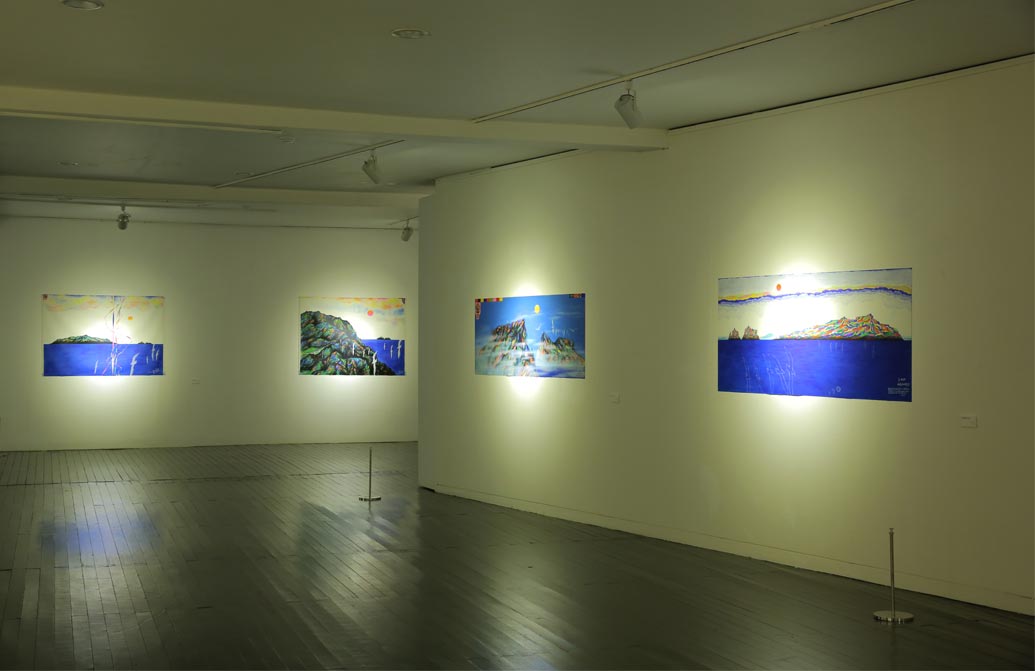 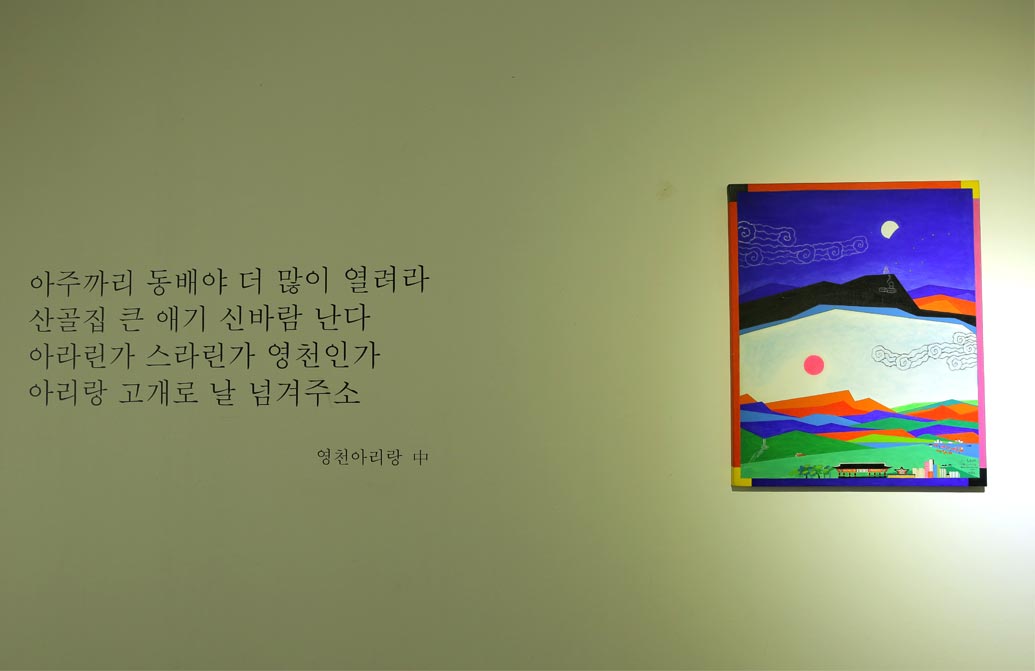 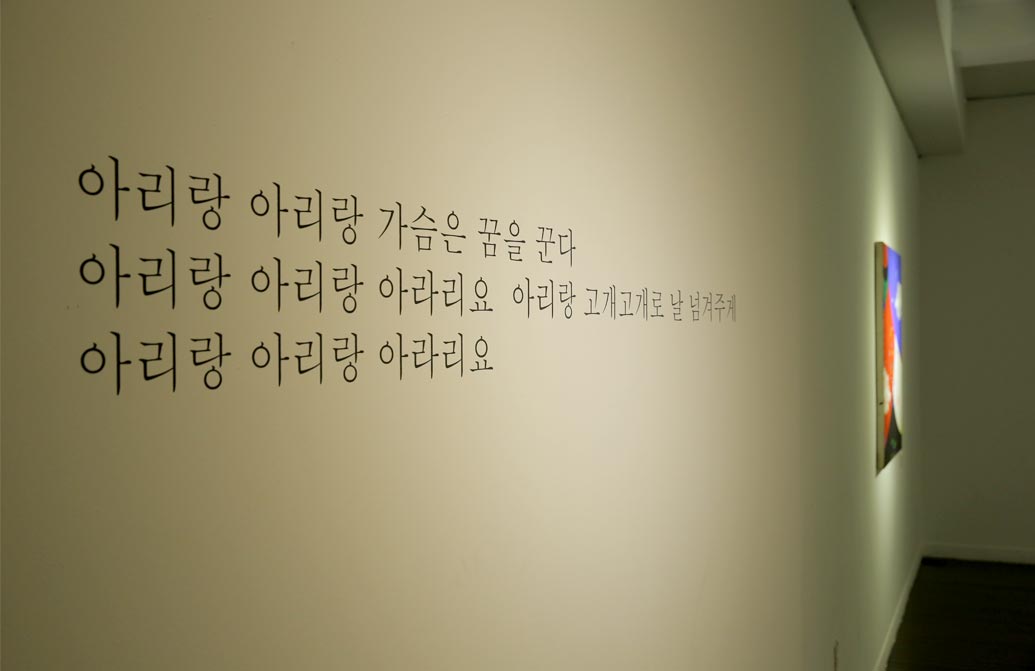 The art museum is equipped three exhibition halls and various additional facilities such as an art shop, an outdoor sculpture park, a lecture/seminar hall, a cafe and a sky park. As of the first half of 2016, the museum features a special exhibition of the prominent senior painter Kim Jeong who has expressed Koreans’ unique sentiment in a simple yet implicative way in his various artworks centered on the theme of ‘Arirang’ for the past 40 years. His exhibit is significant in that it not only displays his latest 10 paintings including Dokdo Arirang and Ulleungdo Arirang that expressed the national identity of the Koreans living in two Koreas but also presents his 50 paintings that he has donated to the museum, including Jeongseon Arirang and Yeongcheon Arirang.

Outside the museum building are children having fun at the museum’s sea of green grass under the blue sky of May. The whole landscape of the museum looks like a wonderful painting in its own right. Visitors to the Cyan Art Museum can always relish high quality artworks while having a peaceful time on its grounds with their families and loved ones.